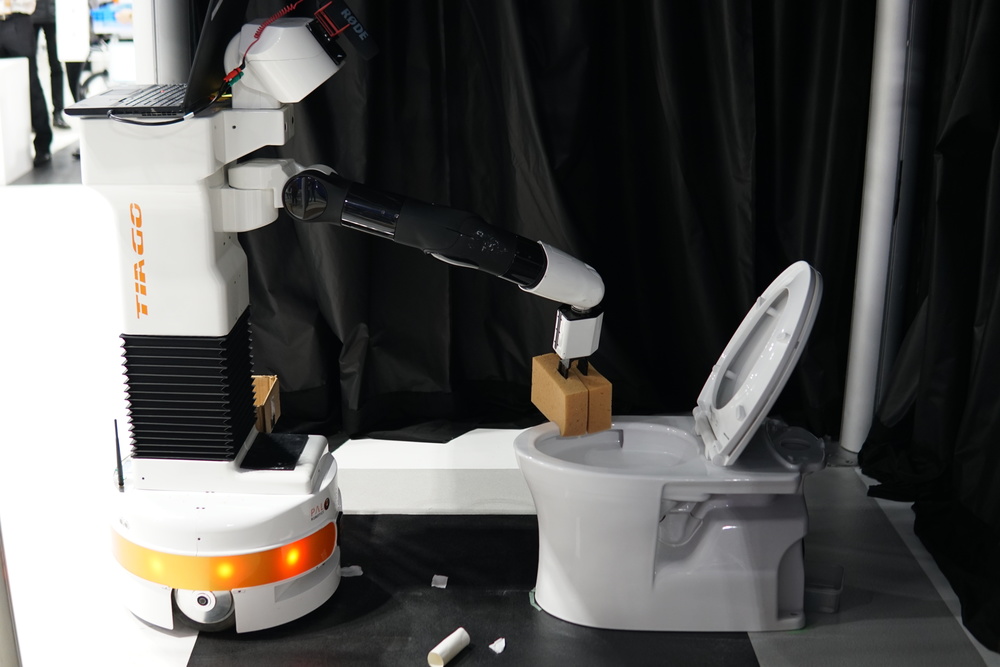 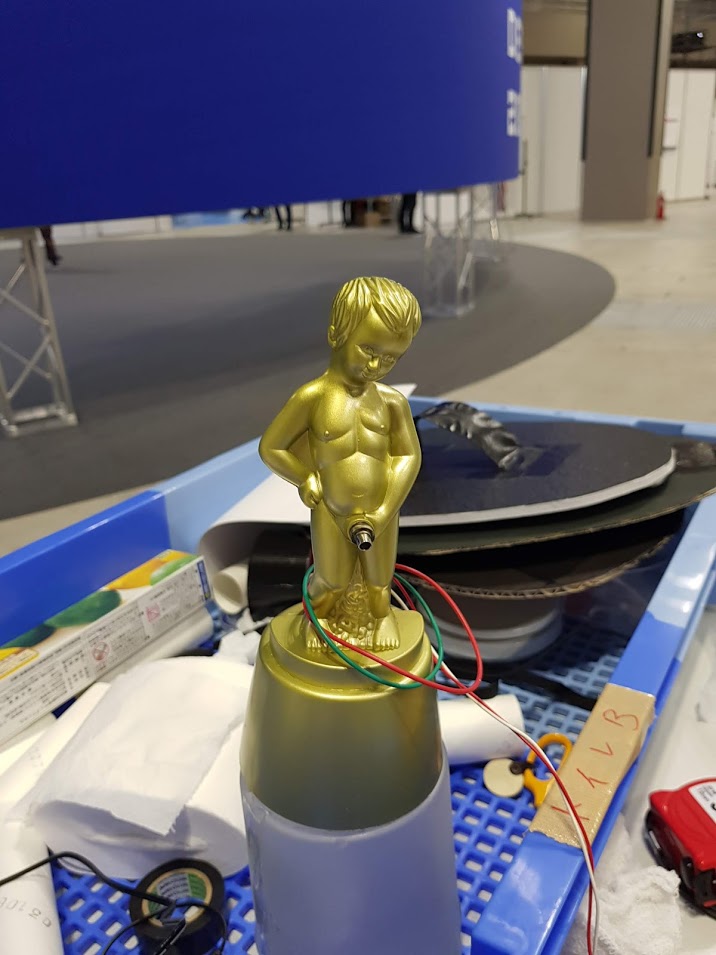 Furthermore pieces of toilet paper were placed somewhere around the toilet and one empty toilet paper roll. The water outside the toilet bowl must be removed and the roll and papers collected and thrown to a trash bin or stored inside the robot.

To detect how much of the water has been removed the water was colored white and a black light was positioned above the toilet as well as a camera which made a photo while a curtain was moved around the toilet room. So a picture was taken before the water was peed as well as after and after cleaning.

While we used our autonomous robot TIAGo, we use for all tasks in this competition, it was also possible to install hardware in a specific area around the toilet and even to use your own toilet.

So we faced impressive constructions like a toilet which could move upwards that the floor was free to be cleaned by one big wiper. Or a toilet seat which falls down on the toilet bowl, makes loud noises and when moving back up the toilet rim is clean. 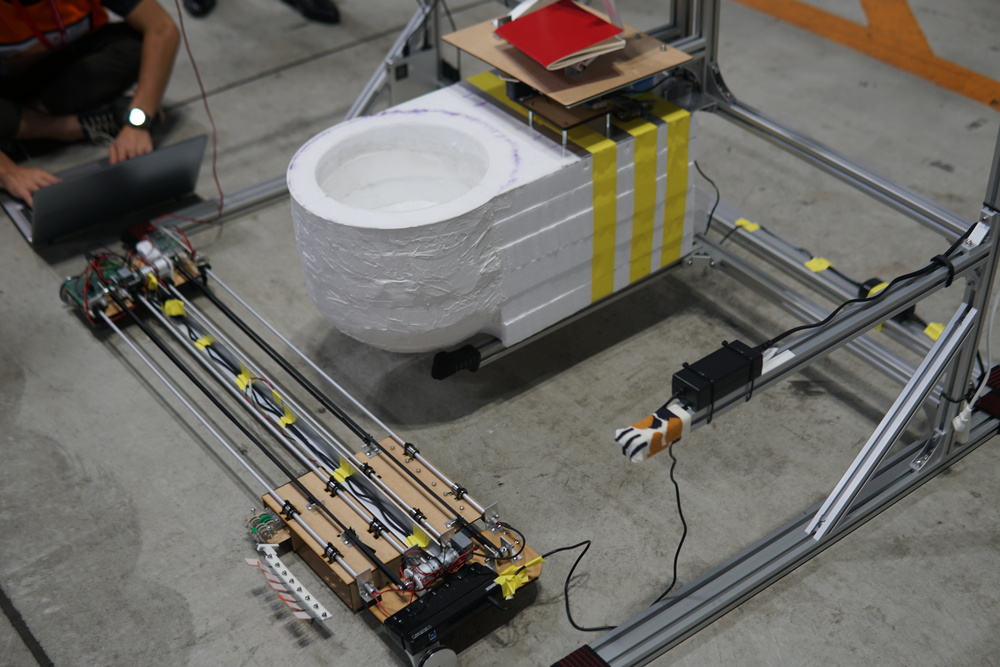 Our TIAGo on the other hand moved into the restroom with just a sponge in his hand. More precisely one sponge put on each gripper. So he could clean the water as well as collect the papers on the floor through taking it between the both sponges. 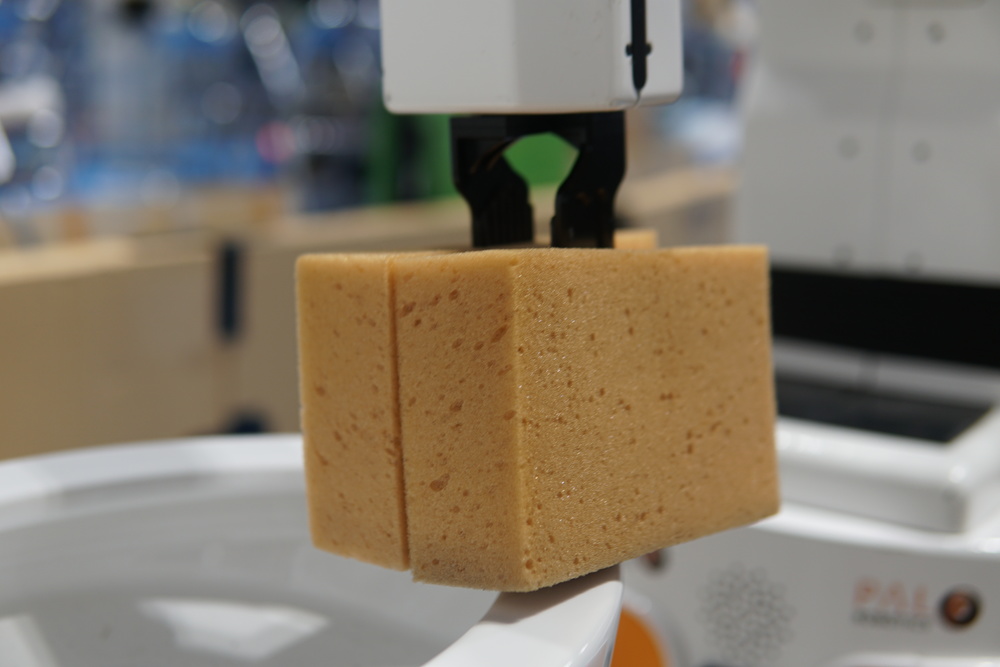 Everything was working fine but at the beginning the robot twisted his grippers while moving over the toilet rim and thus was hardly able to collect the tiny toilet papers which had a size of approximately 5 cm. So we took the change of restarting the task while the clock keeps moving. Thus we wouldn’t get the points for removing the water but might be able to collect more papers. Sadly TIAGo was not able to collect further papers, but could remove more water. Thus we cleaned 39% of the simulated urine. 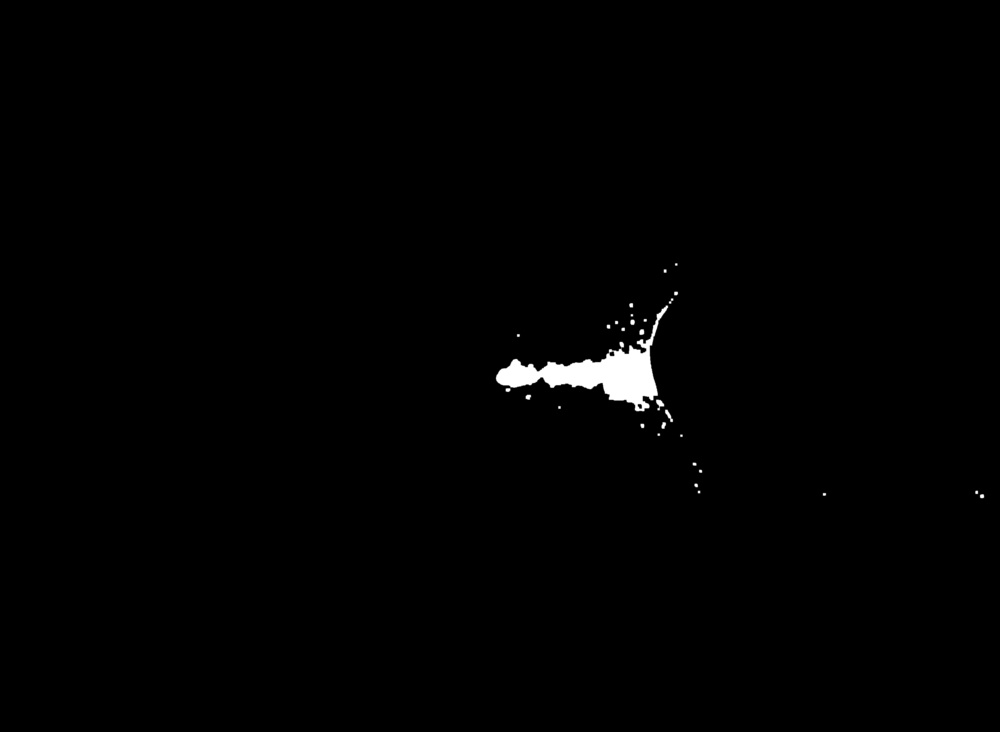 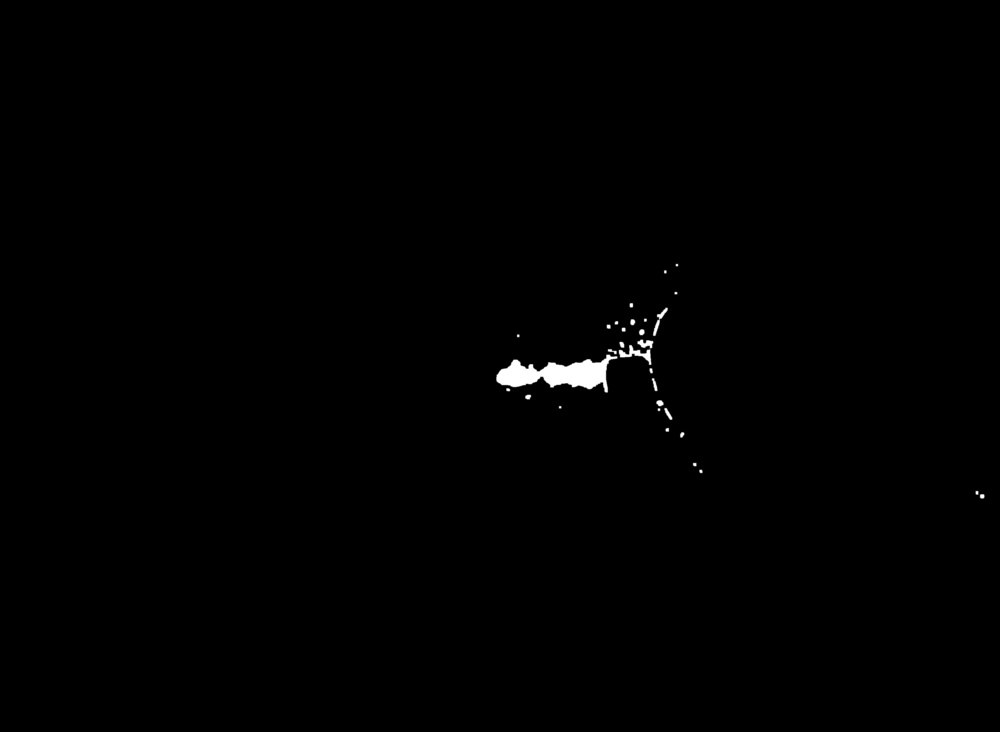 In the pictures you can see quite well, that the toilet seat was cleaned very good but the ground was missed.

We didn’t made it to the winners podium, but are highly satisfied with TIAGos abilities.

Here are some shots from during the tests with our custom built toilet for testing: 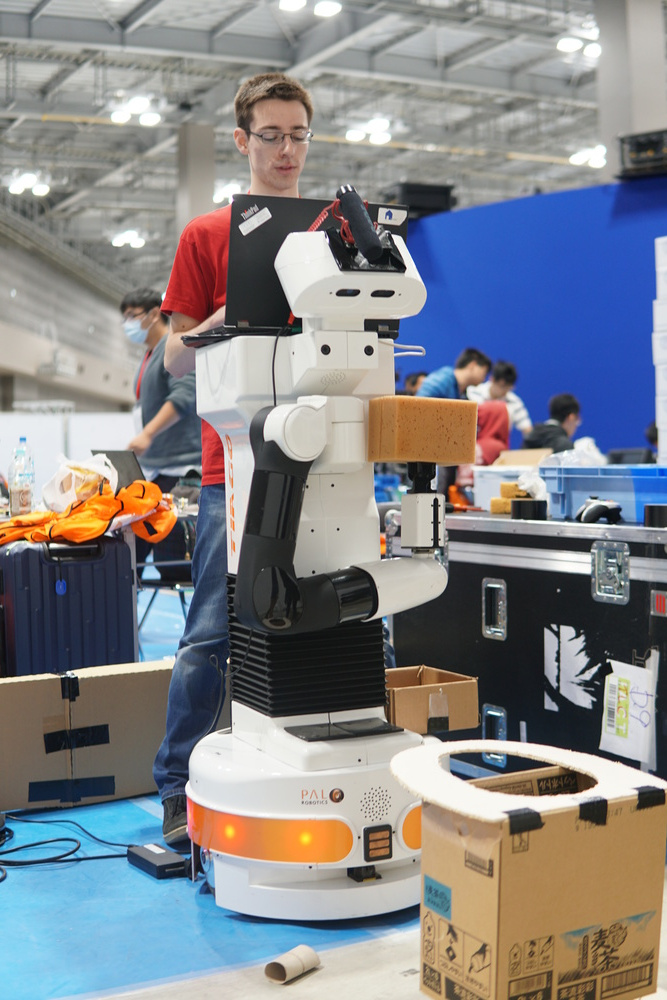 And a result of our toilet seat estimation: 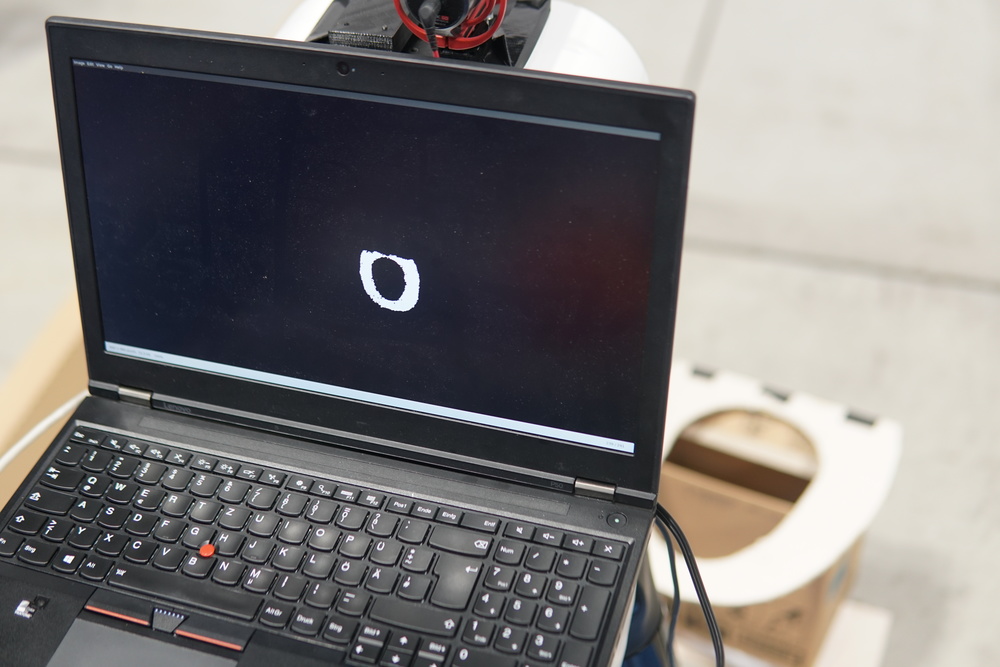