… Yen :) In the Customer Interaction Task yesterday we made the third place. We are very happy about that our proposal for the handling of a Future Convenience Store was accepted that good. When you convert the amount into Euro it’s about 2.321,15 Euro. Not that much but it is a starting point for the next robot competition and may we are able to acquire an upgraded hardware part of it. We were really happy after the announcement also because the competing teams were really good and we were competing against leading Japanese research institutes and companies as well. Ivanna who was contributing the majority of ideas for the scenario was really happy about the success. 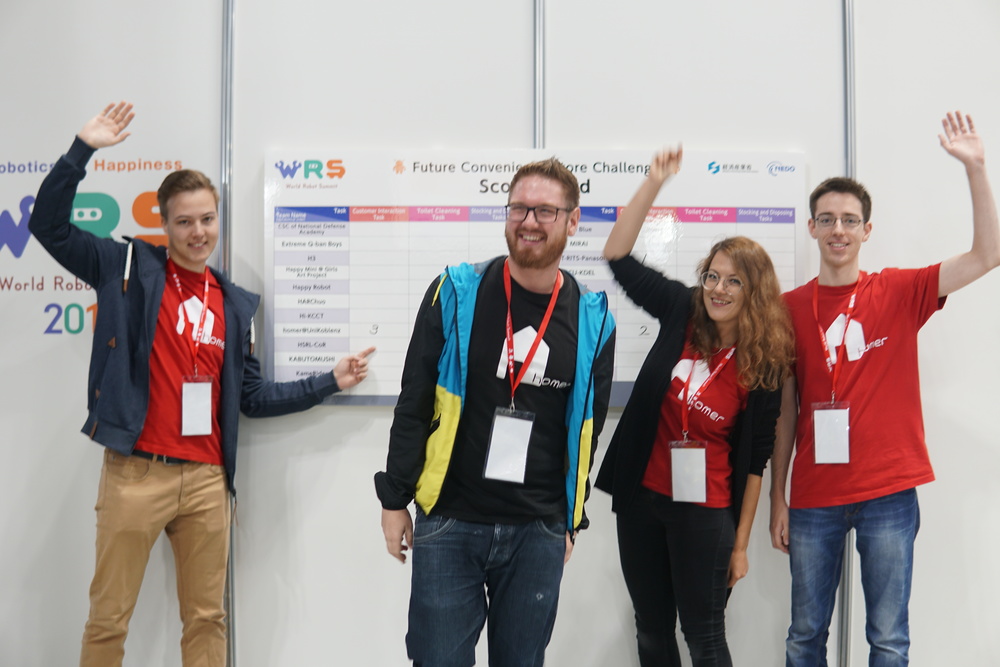